Well, yesterday was Day One of the thoughtram Angular Masterclass in Sydney and I’m having a ball and learning heaps.

I thought I’d write up a quick retro to give people an idea of the experience.

On our first day we build a thing! And that thing did CRUDing operations on RESTful service. And did Databinding and all that Angular-ish goodness.

In fact, the first day is called their “Jumpstart” day where you cover all the basics to get everyone on the same page.

This is what I spent the day building:

I’ve always been a fan of the “Training from the Back of the Room” approach (actually all of Sharon Bowman’s stuff is awesome), and the thoughtram guys definitely train in that school - 20 minute intense “downloads” of information with Q&A, followed by labs to put it all into practice.

All their training presentation notes are browser-based and accessed by a participant login on their website. The notes are updated for the life of the course (which is awesome!)

Ditto for the lab exercises - which are all hosted on Github repos and constantly updated with tweaks.

Day One in the Box

Being the “Jumpstart” day, you get a taste of everything, starting from a blank “scorched-earth” Angular 2 project containing some supplied CSS and sample data - and building piece by piece on that.

Based on my Git logs, the day was a solid basics wrap-up:

That’s quite a first day. If you’re already using Angular 2 that might sound a little basic, but the great thing about having experienced instructors is that we deep dive all the way along.

Covering all those “so I wonder how that actually works?” demystifies a lot of the Angular magic you’d be templated to glaze over and get stuck on down the track. Super valuable.

The first day was long (9:30 until after 6pm) but it went really fast and the pace intensified as the day went on.

After hours, Christoph and Thomas took us out to the Opera House Bar for Drinks and Hangout time. This is where you want to be at the end of the first day: 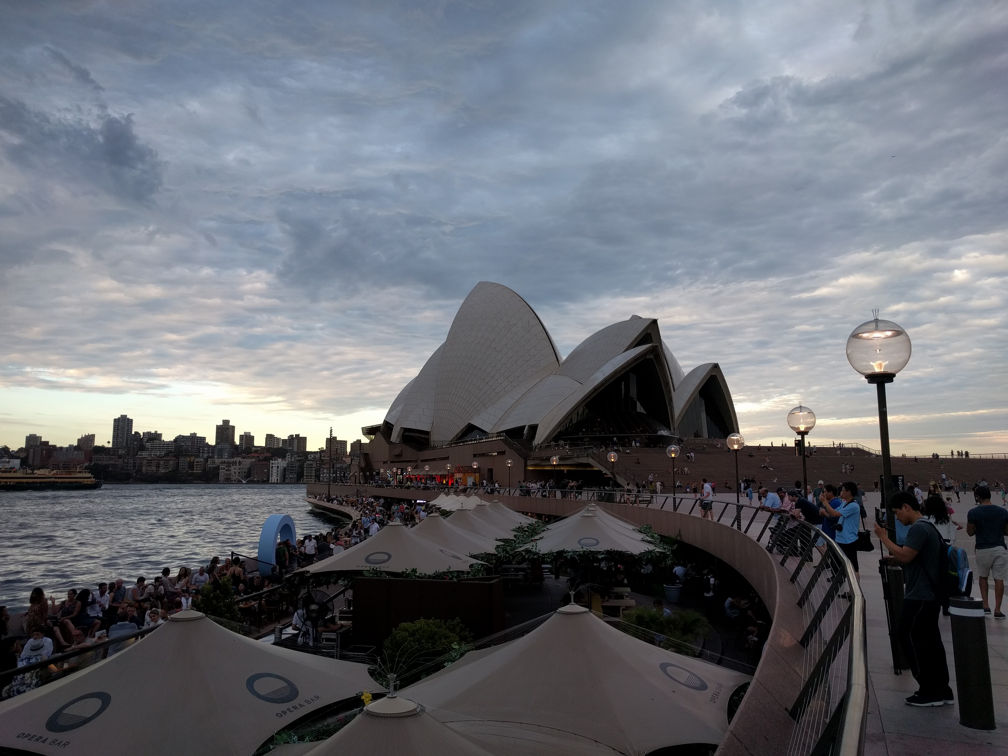 They team have told us that the intensity ramps up today as we dive into Observables and functional programming.